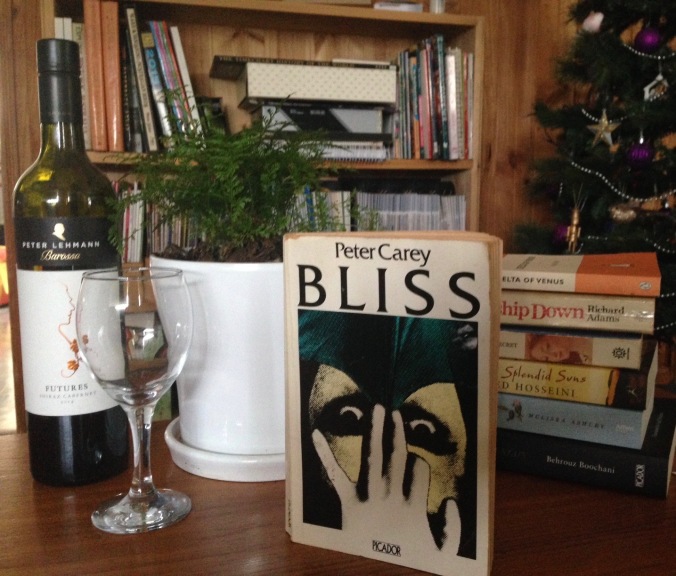 This week’s book snap is Peter Carey’s debut novel, Bliss, first published in 1981 and winner of the Miles Franklin Literary Award. Carey is one of my favourite Australian authors, and while Bliss is proving to be an interesting read, it is probably not for every reader. Awaking after heart surgery, Harry Joy, is convinced he is in Hell. Suddenly he can see his family and the world the way they really are and it is a startling shock. For Harry, there is a clear definition between life before surgery, where it seems he was living in a state of ignorant bliss, and life after, where all has been revealed. And he is not happy. It will be interesting to see how things turn out for Harry.

In keeping with the idea of bliss, the book is photographed with some of the things that give me a sense of bliss – nature, good books and a glass of red.