On the 25th of April 1915 troops of the Australia and New Zealand Army Corps landed at a place future generations would known as Anzac Cove. They were part of the campaign to recapture the Gallipoli peninsula during World War One. Facing fierce resistance, the campaign dragged on for eight months until they were finally evacuated in December of that year. As a military campaign it was a failure, costing the lives of more than 8,000 Australian soldiers. But a legend was born – the legend of the ANZACS. 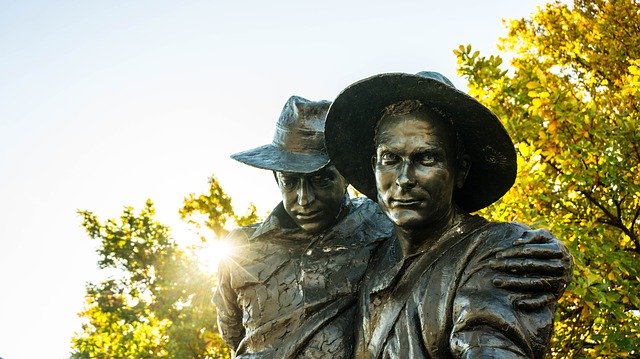 It is a story of courage under fire and loyalty to your mates, and the flame of that legend continues to burn brightly in the hearts and minds of Australians and our New Zealand cousins today. Every year on the 25th of April, we stop and we remember those who served and those who gave their lives in World War One and the wars and conflicts that followed. This year also marks the 75th anniversary of the end of World War Two.

The first ANZAC commemoration in Australia occurred in 1916 and by the 1920s Anzac Day had grown to become a national day of remembrance. Since then the Anzac Day tradition has grown to include dawn vigils, memorial services, marches, reunions and the traditional game of two-up.

But not this year. Sadly the Covid 19 pandemic has also made its mark upon this national day of commemoration. The traditional Anzac Day march has been cancelled but the ANZAC spirit endures in the fierce determination of Australians to mark this day and show their respect in whatever way we can. And so at dawn we gathered – not in the city centres or the war memorials, but on our driveways, balconies and verandahs. With a candle in our hand and a phone to our ear, we listened to the Ode and the Last Post. We marked the Minute’s Silence, followed by the Reveille and the National Anthems of our two nations. 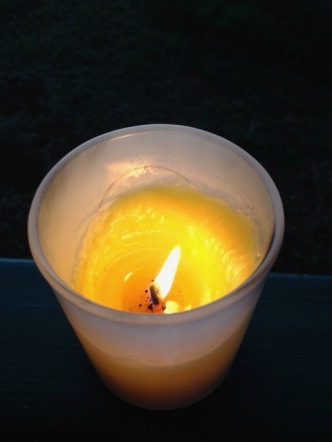 The break in tradition may sting our hearts but perhaps it offers us a moment in time when the commemoration of this day will be even more meaningful for us. It hurts that we cannot stand side by side and remember our fallen. It hurts that we cannot show our respect and gratitude to those willing to make the sacrifice for our country. But as we stood on our driveways and verandahs, we could see each other across the way, physically distanced but united in spirit. It was a deeply moving experience. In years to come we will look back on this day and remember how we stood on our driveways, refusing to be bowed by a global pandemic, renewing our commitment to courage, mateship and all that the ANZAC legend means to us.

It may seem strange to commemorate a military failure but it was not a failure on the part of those who volunteered, fought and died. Wherever the blame for the failure is to be placed, it is the courage of those who fought and died, the ones we call the ANZACS, that we honour today. Their story holds a central part in our narrative of Australia and this continues to be borne out in the stream of retellings of both text and screen. It may seem that we never tire of hearing the ANZAC story but it is how we pay homage to their sacrifice and keep their memory alive.

In the lead up to Anzac Day I have been reading The Daughters of Mars by Thomas Keneally. It’s not something I have done before. I had not really thought about the way literature can help prepare our minds and hearts for a national commemoration. It can take us back to that time, 105 years ago, as young, and some not so young, men and women travelled to the other side of the world for the big adventure of their lives. As we push aside what we know now, we can see through their eyes the beauty and strangeness of a foreign land, the reality of war and the terrible human cost. We can bridge the decades of history, bringing the truth of their experience into our life today, reminding us why we choose to remember.

Keneally’s book takes a different view, telling the Anzac story from the perspective of two Australian sisters who volunteer to serve as nurses during World War One.  Sometimes we can forget about those who served away from the front lines yet provided essential life-saving support. Their lives were on the line too. As the focus is more on the experiences of the nurses on the ships and in the wards, the direct action at Gallipoli takes a back seat but the reality of war is brought home in one soldier’s reflection of the deaths on that first day…

It’s a sobering thought. Around 60,000 Australian lives were lost during World War One. Whether it was on the first day or the last day…we will remember them.

They shall grow not old,

as we that are left grow old;

Age shall not weary them, nor the years condemn.

At the going down of the sun and in the morning

We will remember them.

You can find further information about Anzac Day and other conflicts Australia was involved in at the Australian War Memorial.

9 thoughts on “Lest We Forget”