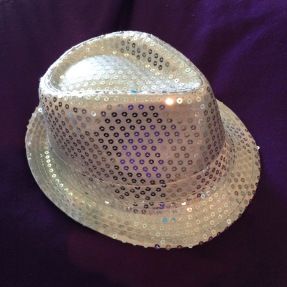 Dan attended his first disco on Saturday night. With Christmas just around the corner, there was a theme of silver or gold, so Dan wore a sparkly silver hat and a silver tie with his black shirt. He looked pretty spiffy, although I’m probably biased.

The disco is a monthly event run by the local Down Syndrome Support Group, but anybody with a physical or intellectual disability can attend. They have been running the discos since 1996 to provide a safe and welcoming environment, where people with disabilities can enjoy the music, have fun with friends and dance the night away. Each disco has a theme so people can dress up and the hall is decorated to fit in with the theme.

Some of Dan’s friends from Yellow Bridge have been attending the discos for quite some time, but this was Dan’s first time. Thanks to his NDIS funding, Dan was able to attend with a support worker and apparently they both had a great time.

I’m not surprised. Dan has always loved music. When he graduated from high school in 2014, his dancing was the highlight of the evening at the Year 12 Formal. His classmates formed a large circle, clapping and cheering, while Dan took centre stage in the middle, dancing in his own unique style. This usually involves running around in circles, leaping over obstacles, and clapping his hands high in the air, while his face is lit up with pure joy.

All through Dan’s schooling, I was always impressed at the way his peers just accepted him for who he was, finding ways to include him in group activities and cheering him on, whether he was running down the lane at the athletics carnival, performing on stage in the school musical or stealing the limelight on the dance floor.

A few weeks after the Formal, I met one of the other mums down the street who commented on Dan’s love of music. She said that Dan’s dancing had been the highlight of the evening for her husband. When Dan is singing and dancing, people cannot help but be infected with his effervescent happiness and joy. 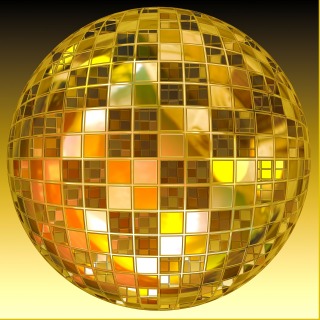 It is so rewarding to see Dan go out and do all the regular things that guys his age do. After all, that is what we all want for our children, to see them happy, enjoying life and participating in the life of the community – just like everyone else.

Saturday night may have been Dan’s first disco, but I’m sure they are going to be a regular event on his social calendar.

I hope that your days are filled with effervescent joy and happiness too.