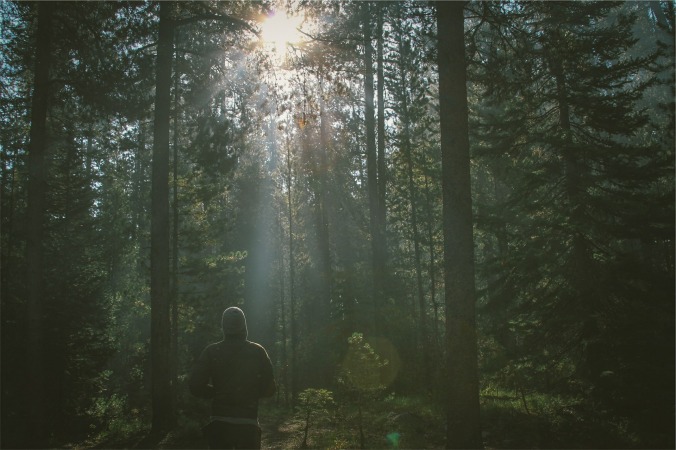 Every week my son, Dan, goes bush walking with a support worker up at Picnic Point. Dan is tall and thin and has long legs. It comes in handy sometimes. When we do the grocery shopping, he can reach the items on the top shelf. Dan didn’t inherit his long legs from me. He is very active, so when he walks, he is like a man on a mission. Once he gets into the zone, he just goes. There are two speeds–stop and go. His support workers have nick-named their bush walking excursions as “bush running.”

Now if you want to get fit, walking (or running) with Dan is a great idea. However, it does have its downsides. While he is in the zone, he has no sense of road safety. If he knows where he is going, he just goes, across the road without looking. One time I thought it would be a good idea for us to go for a walk around our suburb. As long as Dan was in view I thought it was okay. But then he got just a bit too far ahead, and it didn’t matter how much I called–he was in the zone. There was no way I could keep up with him and worried about what would happen when he reached the road, I had to ask someone to help me catch him .

Dan also has a tendency not to see people. When we are out among crowds, he tends to just barge through people. Fortunately, nobody has been injured yet. But it does mean that when we go out, I need to hold on to him and manoeuvre him in and around people and obstacles. In the past, he has even walked straight into a pole.

On the weekend, Dan, Bec and I went for a drive out to Crows Nest National Park, not far from Toowoomba, to see the waterfall. The walking paths to the pools, the look out and the falls, all have steps. Lots and lots of steps. I’m not really all that keen on bush running, so as we go down the path, Bec sets the pace from the front (she has long legs too) and Dan brings up the rear. As we were going down all the steps to the water pool, I  thought about how we would have to come back up all those steps. No matter. I put Dan in front, held on and he pulled me all the way to the top. As I said, he can be quite handy!

We laugh about the bush running and admire Dan’s stamina, but I wouldn’t have it any other way. Even though he is mostly non-verbal, he is always happy and makes our life very entertaining.